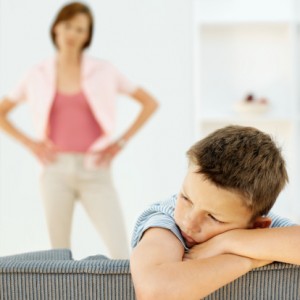 Online divorce can make the process easier on the two main parties involved, but just because preparing your divorce forms online simplifies the legalities and cuts back on attorney costs, that doesn’t mean it’s smooth sailing. Even in non-contested divorces, it can be a difficult thing for children to endure, and that’s probably the last thing you want for your little ones.

Unfortunately, a recent study by the NHS showed that children of divorce were more likely to be violent, unhappy, and feel unfulfilled throughout their lives, The Daily Mail reported on Saturday. According to the website, “a cross-section of 1,500 people were asked if they had faced a range of 11 circumstances, known as adverse childhood experiences (ACEs), covering abuse, family break-up, being raised with domestic violence and drink or drug addiction.

Mixed with current-life details, research showed the legacy of broken homes “appears to weigh more heavily than any other factor, as among the worst affected group — those with four or more ACEs — two-thirds had seen their parents go their separate ways, compared with an average of 24 per cent [sic].”

While the statistics are, in fact, troubling, that doesn’t mean you’re without hope as a parent facing divorce. Here are two things you can do to help your child feel more well-adjusted.

Whether it’s at the time of filling out your divorce papers or 3 years after the divorce is finalized, one of the last things you want to do is place your child in the middle of a mom-versus-dad war for affection. Children need stability. Marriage has long been the source of stability, but sometimes relationships run into trouble and divorce is the only other alternative.

But just because a marriage fails, that doesn’t mean you’ve failed as a parent. Communicate with your ex-spouse. Tell them that whatever differences exist between the two of you, there will be no bad-mouthing and no undermining authority.

Too many parents going through divorce fall into the trap of “wanting to be liked,” and while your child may wish to take advantage of extra generosity during this time, he doesn’t want you to let him have his way. He wants to know that he can count on the people he loves the most, and who love him the most, to provide discipline and guidance.

Work On Your Relationship With Each Other

Regardless of whether a marriage has failed, children still have birthdays and Christmases and ballgames, and no matter what they say, they’d like to see their parents there to support them. So be there. It may be difficult to be around your ex-spouse, especially when one of you has moved on and the other hasn’t, but it’s vital in helping your child avoid the instability that causes the dire results shown in the NHS study.

Divorce may be the end of a marriage, but it is not the end of a relationship when children are involved. So strive to get along for the child’s sake. Seeing mom and dad go their separate ways is something no child in a divorce can ever get used to, and even if you do everything right, it may still not erase the challenges.