Divorce, from a Man’s Point of View 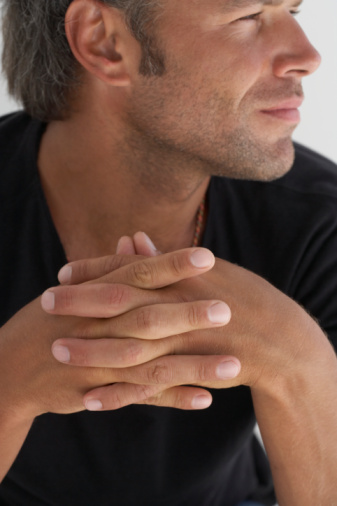 I once took a Psychology of Gender and Sex class in college and remember the Professor telling us how very little researchers have focused on men’s studies compared to women’s studies. His reasoning behind this phenomenon was that men hold more positions of power within society, and this somehow frequently waives them from being objects of study. What a grave mistake that is. While men have so much influence and affluence in the world, we know relatively little about their psyches.

When it comes to divorce, there may be plenty of myths and preconceived notions about how men deal with and perceive the life-altering event, but there is much less understanding of what really goes on in their minds. Men enter an intense grief throughout the divorce process as with any profound loss, and the way this grief is tightly interlocked with their ego is what causes the most collateral damage.

Perhaps even more so than women–although that could start a long debate–men have specific roles in society they feel enormous pressure to fulfill. Those roles include being a provider, a protector, and leader of their household within the bonds of marriage and fatherhood. How a man views himself, regarding the success or failure of living up to these societal expectations, is what makes up his ego. Consequently, the breakdown of these roles often means the breakdown of his ego, or sense of self.

In his Huffington Post article called, “Men After Divorce: Ego, Self-Esteem, and Recovery,” Kyle Morrison explains, “[a] man who has been divorced finds himself adrift without knowing his place or worth because he gained so much of his sense of self from his partner and had not developed a true understanding of his real self.”

Morrison, a divorced man himself, also explains the destructive behaviors that often result in the uncertain, ego-trampling aftermath of even an uncontested divorce. Many men resort to fleeting efforts at recharging their bruised self-esteem such as overworking themselves, alcohol and drug abuse, or throwing themselves into the dating world irresponsibly. Gaining more fortune or lustful attention from females serves to boost their sense of manhood, but in ways that are shallow and unsatisfyingly transient.

It seems our culture doesn’t offer much in the way of sympathy or alternative ways to repair the damage of male ego breakdown, an increasingly prevalent syndrome. Instead men feel the need to suck it up, show a strong front, and claim and conquer wealth or women to falsely regain self-esteem.

What men most likely need is to find self-worth and a sense of manhood that comes from within. Manhood should be based on ingrained character traits, such as dignity, morality, and an unbreakable code of honor, attributes that no external circumstances (how ever debilitating they may be) can take away.  Hopefully these are the kinds of traits and values we are teaching early to the next generation of men, for a future with less self-destructive behavior and more self-respect. Maybe this would in turn even lead to more successful marriages.