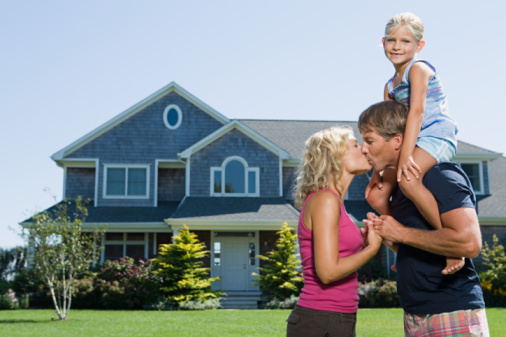 Filing for divorce and the drastic life change that follows is an event that affects all involved. No one knows that more than the couples going through it who also have children. There is an instinctual need to protect them from whatever pain and heartache they can, including the changes accompanied when one parent finds a new companion.

It can become problematic, however, when that instinct inhibits the parent from moving on with their romantic life, which is a natural step and one you don’t need to avoid or repress. Fear and doubt that a new partner may only add more tumult to a child’s life, especially after enough time has passed after the divorce process, is a limiting view that prevents healthy adaptation. Being open to new love and welcoming someone else into the family is important for moving on and helping a child be open to that process as well.

After meeting a romantic interest, it may be tempting to separate your new dating life with your now single-parent/joint-custody family life. This is precisely what author Joelle Fraser describes doing as she tells her personal story of caution and redemption in the Huffington Post blog called, “My Double Life: The Biker and the Boy.”

Fraser sought to embrace both her new boyfriend and her son, albeit at different times of the week. She split them evenly for a while until gradually integrating casual lunch dates and then family outings. But she held back and subtly tried to keep the two men in her life at a safe distance from each other, worried that one or both weren’t ready or willing to bond.

“The problem was I didn’t know how to date as a single mom,” she laments. “More importantly: it was tough enough for me to let someone in, and now I had a child to protect as well?”

To deal with these inner conflicts, Fraser not only held them away from each other but also held back parts of herself. She wanted to but fought showing her motherly side to her companion, and simultaneously wasn’t fully present with her son while missing her lover. A split life can turn you into a split person.

Finding the Life You Want

Eventually she found out her biker boy actually wanted to be a real part of her family life, and her son was open to a new loving figure in the home. Fraser, through trial and error, came to this conclusion: “We can’t predict what will happen, and thus vainly try to prepare by controlling who cares for whom and how much and for how long. It doesn’t help to shut out love today out of worry that, eventually, it’ll fade. Who knows — maybe, this time, it won’t.”

Divorce can have the negative effect of challenging your otherwise rosy view of the future. Something you hoped would last forever ended, shattering expectations of your previous family life. The real challenge is not to let divorce get in the way of starting anew and looking towards the future with hope that is just as whole and pure as before.