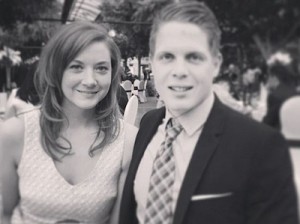 “Trip around the world guy” Jordan Axani has found out what the power of Reddit can do. After offering a trip — you guessed it — around the world to some lucky woman named Elizabeth Gallagher, he has received numerous requests for the free ticket that was intended for his ex Elizabeth Gallagher. The two were to go but they broke up and now he has a spare ticket that he wants to unload on a woman who shares his ex’s namesake.

It’s a pretty sweet deal for whomever the lucky Elizabeth Gallagher turns out to be, but it’s also a great boon for Jordan Axani’s online presence, which, as we’re finding out, can be worth a lot in publicity and prestige. I mean, how can this not turn out to be a blockbuster rom-com someday?

While Jordan’s move doesn’t have anything to do with divorce papers — after all, he and his girlfriend were not married — it does serve as a lesson to those of you who feel like divorce will forever define you in a negative way.

Breakups are usually hard, but Jordan has found a way to recalibrate his expectations and turn it in to something positive. How can you do the same in your life?

1. Look for the silver lining.

No matter what you’re feeling now, those feelings will change over time. You’ll run in to more obstacles and experience more victories. The key is in seeing how all these events are connected. “Well, this wouldn’t have happened if I’d never filed divorce forms,” you might say, or “At least something positive came out of this.” There will be a silver lining as long as you open your mind to it.

2. Live forwards instead of backwards.

We’re not sure how painful it was for Jordan to make that post on Reddit, but he seems genuinely thrilled to be dealing with the media wave that has come of it. That’s because he’s living forward now instead of backwards. He is focusing more on a goal than the negative circumstances that brought him to this point.

3. Recognize your blessings and try to pay them forward.

One of Jordan’s only requirements for the Elizabeth Gallagher he ends up selecting is that she one day pay this forward to someone else. “I’ve been lucky in life and this is me giving back to the universe. Do something similar someday,” he says. Jordan has managed to count his blessings instead of his setbacks, and he’s paying this forward into the universe with the hope that someone will do the same.

As an uncontested divorce service, we see many couples before they’ve turned the corner and started looking at their divorce as a positive thing. But eventually, for those who persist, something good always comes of it. Good luck!