The Truth About Forgiving Your Ex 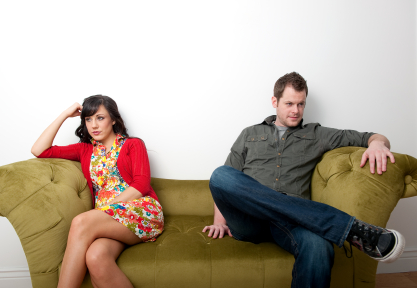 Even in uncontested divorce cases, which tend to generate little legal conflict, there can be a great deal of animosity left once everything is final. You’ve heard it said that the path to happiness following your divorce is to forgive your ex, but does that really work, and what is forgiveness actually supposed to “look like”?

Here are some observations I’ve made in my own experience.

If you had asked me about forgiving my ex for the affair shortly after those divorce papers were filed, I’d say there was no way that I ever could. The hurt was still raw. I’d been devalued by the person who made a lifelong commitment to me. The split convinced me for too long that something was wrong with me. No, I was comfortable in my hatred, and just didn’t see ever moving past it. With time, however, the experience started to feel less and less significant in my life. I picked up the pieces, started dating again, found professional success, and, eventually, true love. Still, there were times when that inner voice would hope for a stray bus to find my ex one day while she was out crossing the street. It wasn’t a healthy thought, and it was hard to say I’d forgiven her as long as those thoughts were in my head.

Thankfully, I’m at a place now where I feel more confident saying it. I forgive her. Does that mean I like her? No. But here’s the thing about forgiveness:

You Don’t Do It For Them.

The relationship that you had with your ex is over. You don’t need it anymore. The divorce forms have been signed, sealed, and delivered, and you’re free to move on with your life. The only way to do that is to forgive what they did to you and claim back the power it’s had on your life. We often think forgiveness “looks” friendly. But it doesn’t have to at all. You can have no feelings whatsoever for the other person. Their existence can have little bearing on your own. You don’t even have to wish them well. You just have to let it go and not allow the betrayal to dictate your emotions. Forgiveness is not reconciliation. Forgiveness is the last necessary act that you need to make in order to move on with the life you want.