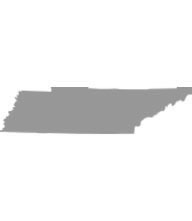 The petitioner must be a Tennessee resident.

If the grounds for divorce arose outside of Tennessee, the petitioner must have been a resident of Tennessee for 6 months or more before filing for divorce.

Tennessee residents may file for divorce under fault or no-fault grounds.

Divorcing parents are allowed to collaborate on a child custody arrangement. If the parents cannot reach a decision, a Tennessee court will make a ruling.

Tennessee has adopted equitable distribution guidelines, which means all property (including gifts and inheritances) will be divided as fairly and equally as possible. Spouses may collaborate on the property distribution, but if they are unable to agree the courts will make a ruling.

A petitioner may file the divorce forms in the respondent's Tennessee county of residence.

If the respondent cannot be located, the divorce forms may be filed in the petitioner's county of residence.

"After this is all over with and this online divorce process goes through I will be glad to share my experience. So far great! Thank you."

"I want to thank you all And allow me to fill out the paperwork that I need you all are ask a lot of questions regarding to the divorce the extra means a lot to me to let me know that you all are about what you guys say thank you very much!!!!"