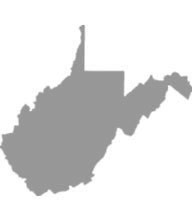 Either spouse must have been a resident of West Virginia for 1 year or more before filing for divorce.

If the marriage was performed in West Virginia, and one spouse is still a West Virginia resident, there is no residency requirement.

West Virginia residents may file for divorce under fault or no-fault grounds.

Divorcing parents are allowed to collaborate on a child custody arrangement. If the parents cannot reach a decision, a West Virginia court will make a ruling.

West Virginia has adopted equitable distribution guidelines, which means all property (including gifts and inheritances) will be divided as fairly and equally as possible. Spouses may collaborate on the property distribution, but if they are unable to agree the courts will make a ruling.

The divorce forms may also be filed in the last West Virginia county the spouses resided in together.

"I honestly thought filling out my divorce papers would take days of stress and sadness. Thankfully, it was quick and painless! Thanks !!"

"Man, who knew filling out divorce papers could be that fast and easy? Thanks guys "